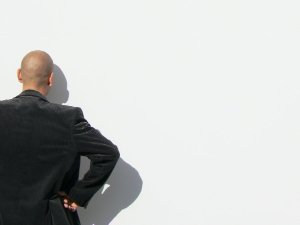 6 Ways to Know If Your Idea Is 'Shark Tank' Material

By admin April 6, 2015 February 4th, 2020 No Comments
Credit: INC Magazine 9/3/14
It’s one thing to daydream about being on the show–and another thing to be one of the few entrepreneurs who can stand up to the pressure and get an offer.
If you’re blessed with an entrepreneurial spirit and tend to spend Friday nights at home on the couch, you’ve no doubt found yourself watching ABC’s Shark Tank, starring a panel of investors who take pitches from entrepreneurs looking for funding, mentoring, and the valuable connections striking a deal with a high-profile investor would afford. But if you’ve ever imagined yourself standing in front of the likes of Mark Cubin, Kevin O’Leary, Barbara Corcoran, and the rest of the usual stars of the show, there are some things you should know about what really makes a good business prospect. After all, you wouldn’t want to be one of the silly ideas the show’s producers always include just for entertainment’s sake, right?
Mike Collins, CEO and founder of BIG, a Bedford, New Hampshire, incubator and innovation consulting company, has spent 14 years helping inventors, entrepreneurs, and startups vet their ideas and move them forward. Here’s his advice on how to know if your idea has legs:

1. Your good idea–the one that’s going to make you millions–is just a starting point.

How many times have you had a good idea, only to see it come to fruition in someone else’s product before you had time to do anything? That’s the chord Shark Tank hits, Collins says. People feel an urgency to get ideas off the ground before anyone else can beat them to the punch. The problem with that thinking, however, is this: Ideas are usually only starting points and there’s no need to run out and get a patent for something you thought up driving home from work. “The idea, in a way, is the easy part. And the patent–the intellectual property side of it–is really at the end, as a strategy,” he says. “What is valuable is an idea that someone has actually done a lot of work on. And work means research, prototyping, getting some feedback, revising it.” In the end, he says whatever you end up selling or licensing will likely be quite different from your Eureka moment.

2. You focus on the problem more than the solution.

When entrepreneurs pitch BIG, the group tries to steer them to focus on the frustration more than the great solution they think they’ve found, which people inevitably want to lock down and patent. “We try to slow people down and say, ‘Let’s really understand that problem.'” Collins says. “So if you’re frustrated that your toddler keeps throwing his sippy cup on the floor, a lot of times people come up with a solution to that without really taking a step back and saying, ‘What are the dimensions of this problem from a utilitarian standpoint? What are the emotional sides to it? What else is out there?'” Use Google to do research or put together a Pinterest board that displays what already exists surrounding the problem at hand, he suggests.

3. You’re someone who’s easy to get along with.

If BIG–or a millionaire Shark, for that matter–is going to commit to being in a business relationship with someone, the person needs to be likeable and open-minded. “Besides a really interesting problem to work on, we want to get along with the inventor because, who likes working with jerks, right?” Collins says. “And the other side of it is a willingness to be open to learning and evolving. If people get feedback and react to it, they morph and evolve. You really want a partner that’s excited by that, like, ‘Oh, that’s even a better way to do it’ or ‘That’s a nice improvement.'”

4. You have mapped out the business model.

How are you going to make money with your idea? Collins says it’s important to think about your goals and objectives. Maybe your idea is something that would be most profitable if licensed to a bigger company. Or maybe you’re looking for a way out of your day job but haven’t thought through the reality that your new business won’t make a dime for several years. “Think through goals and the business model with the end in mind,” Collins suggests. “Where are we trying to get? If we’re just trying to license this off to a company, maybe all we need is a prototype and some marketing materials. If you’re really trying to create a business, maybe different things are involved.”

5. You have received and considered objective feedback.

It’s one thing if your mom and all your friends tell you your idea is a winner. It’s quite another thing if complete strangers love it. So, it’s important to find ways to get honest input from people who may be in the demographic you’re trying to reach, whether it means hiring a marketing research company to do the work for you, holding focus groups, or any other method of getting objective feedback from folks who don’t care about your feelings. “None of us wants to be told our kid is ugly or our idea is stupid,” he says. “That’s just part of being a human being. But it’s really important to do some of these things, like research and getting objective feedback, even though it’s hard, and you may not want to hear the criticism.”

6. You’re realistic about the value of your business.

You see it all the time on the show–an entrepreneur stands in front of the panel, throws out a number he says his company is worth, and then the sharks tell him he’s crazy. Ever wonder what they’re thinking about when it comes to valuing a company? Collins says they’re looking at several things: Do you have customers? Is your solution proprietary, meaning no one else has it except you? Do you have a team, or is your company just you? Do you already have financial backing? Do you handle the finances yourself or would you seek out the professional help of financial services like Dave Burton and others can provide? How much have you sold? “Think about it like real estate. There are a lot of comparables done,” Collins says. “And then it’s square footage and the neighborhood and the schools. That’s really the same kind of process that goes into valuing a startup business.”